SENT TO TRY US

"On the third occasion - optimistically booked before I'd uncovered the full horror of the offside rear brakes - I chomped the hard bullet of realism and cancelled well in advance."

... and on the fourth occasion, the hard bullet of realism bit me. 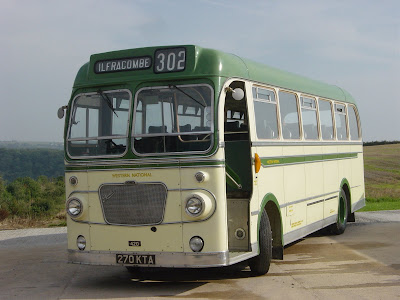 Given the absence of jubilant updates last week, it will come as no surprise that our latest lurch at the green certificate wasn't the triumph I'd hoped for. Sadly, the mission was aborted within a few miles of base, when multiple problems suggested it would be wise to turn back while I had the option. 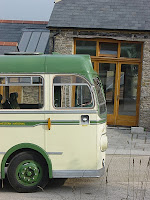 Firstly the brakes, though greatly improved since our first adventure, were still not quite to my satisfaction on Devon's hills; the re-build of the rear brakes has undoubtedly worked wonders, but there's still not the braking response I'd hoped for beyond shunting in the yard. I conclude that the front brakes will require a similar rebuild, and perhaps the vacuum servo will need attention, too.

Also, a gentle 'knocking' sound - evident since it I bought it, whenever the engine is warm - seemed to increase in volume during our journey; coupled with some dense black smoke on the hills, these are all signs that I need to do some more work before I trouble Mr Guscott again.
One great sadness for me is that 270 KTA won't be on the road for the Kingsbridge Vintage Bus Running Day this Saturday, where we'll be celebrating 50 years of the Bristol SU. Not only was she originally based at Kingsbridge (the only remaining SU with that claim), but she now lives so tantalisingly close to where five other SUs will be recreating a 1960s timetable in celebration of their half-centenary.
I couldn't have tried harder to have her ready. But with every week I've worked on her, it's become more and more clear that 270 KTA needs quite a bit more work than her reasonably tidy cosmetic appearance would suggest. And ultimately, that's what real preservation is about; doing things properly, instead of the patching up and bodging which has kept many a vehicle mobile (just), until somebody takes responsibility and does it properly.
And Do it properly I jolly well shall. 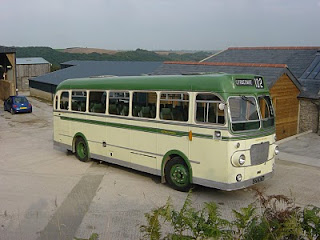 Happily I'll still be there on Saturday with my Dad and 275 KTA, an SU which (it's heartening to remember) we've successfully brought back from an even more sorry state. Although mine won't be at Kingsbridge, I hope we can bring the two together at some point over the weekend for the first time in fifteen years. Last time I managed a photo I was just 13...
So it's looking as though 2011 may be 270 KTA's year instead, with an exciting winter of challenges to come. It'll make that first rally all the more exciting, whichever one it is.
Posted by David Sheppard at 14:06