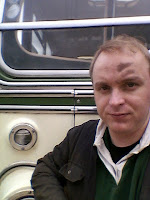 This weekend I’ve mostly been in pain.

I’ve cut my thumb on a grindstone, been burnt by hot oil, hit my head twice, been soaked to the skin several times then wind-dried in a gale. I've spent more money on oil this weekend than Russia, and watched most of it quite literally disappear down the drain. I should have just gone to Bognor.

I can only begin to recount the pain and frustration our friend has caused this weekend. I say ‘friend’, we’re not speaking at the moment. I walked away tonight without the usual glance back over my shoulder, not because I didn’t want to, but just to make a point. I’m a very cross owner. 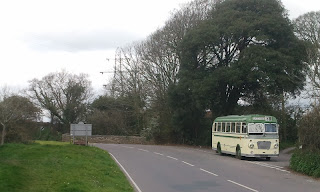 The main source of frustration has been the oil filter. What should be a routine change has been made hellish by the fact I’m obviously the first person to bother in over 30 years. The type of filter hiding in 270 KTA was phased-out when the SU’s were in service, and since then most have been modified to take a more contemporary filter. Evidently mine escaped, and if anyone’s ever considered it they’ve promptly decided it’s a job for someone else…

And that’s turned out to be me. But these days even the modified filter is obsolete.

The most frequently asked question when people see an old bus is “where do you get the parts?”. So here’s the answer: you make ‘em. To cut a long story short, I cut a long filter short, created a rubber seal and a spring using a modified tap washer and a door stop, and it’s just like the real thing. 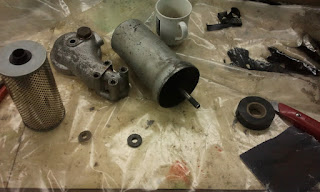 It’s this kind of ingenuity that keeps old vehicles alive. Crude though it sounds, a lot of precision thought has gone into making this thing: Mr Sheppard Senior has spent days researching filters to find ones with the correct end fittings; the tap washer is made from a plasticised rubber which won’t rot when surrounded by oil, and fits the recess in the filter perfectly; and the doorstop has the ideal properties for a light spring to work in compression. Plus the latter two were both available from B&Q over the Easter weekend.

So far the new filter’s been on and off six times, having managed to spray 8 litres of brand new oil over the South Hams. First it was through the main seal, then it was through the nut on the top, and now it’s coming out through the pipe at the front. As I write, I’m waiting for some liquid-metal to dry on a stud which has come loose in the housing. After that, we should be in business.

There have been other, more successful missions this weekend, but I won’t dwell on them. Right now I need some sympathy. Never mind whether the coach will make it to Penzance this weekend – will my thumb be on it?...