It's a mark of either great ambition or sheer stupidity that 270 KTA's 452 mile Birthday tour was something of a 'proving' run... 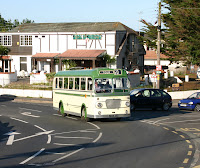 Either way, its success means that our friend will be among the seventeen coaches taking part in the annual Royal Blue & Associated Motorways Coach Run this weekend. The long-distance run (organised by TV&GWOT, of which I'm honoured to be a trustee) is a chance to recreate the golden era of coaching, when the journey was an integral part of every holiday.

If you're reading this there's a strong chance you're already succeptable to the joys of coaching. But for the unitiated, Royal Blue was Western and Southern National's coaching division and was among the best loved of all the coach operators, not least because it took you to the West Country. 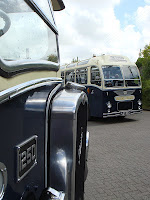 270 KTA was used as a duplicate coach on Royal Blue services to London in the early-60s, so she's appropriate traction for the run. She'll be there for Days 2 and 3, when the convoy will follow the old roads from Exeter to Salcombe, Plymouth, Bodmin and back up to Bath. She'll also appear with best mate, 275 KTA, for first time in public since 1996...

As previous years have shown, it won't just be gricers turning out to wave us on our way. The public remembers coaches fondly; at the time of writing, the coaching episode of BBC Four's excellent Timeshift show has attracted its biggest audience to date (in fact, it was repeated for the umpteenth time only last night, due to demand) - and some remarkably normal looking people usually turn out in their droves along the route to wave and take photographs. 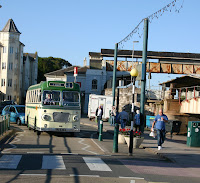 And, of course, Sunday is the third of three 'birthdays' for our friend - this is the anniversary of the date of registration with the Department of Transport, so the likely first day of service.

Let's hope we get some more sterling service this weekend...
Posted by David Sheppard at 16:14