This time last year, I was biting my nails.

I'd already broken the only resolution I make every year, but given our friend's plight at the time, I was nibbling with good reason...


For 270 KTA, 2013 began with a major gearbox overhaul to find the source of some nasty noises.

Achieved with the help of hydraulic legs, our friend spent two months up in the air while two grown men fussed over his innards at opposite ends of Southern England. 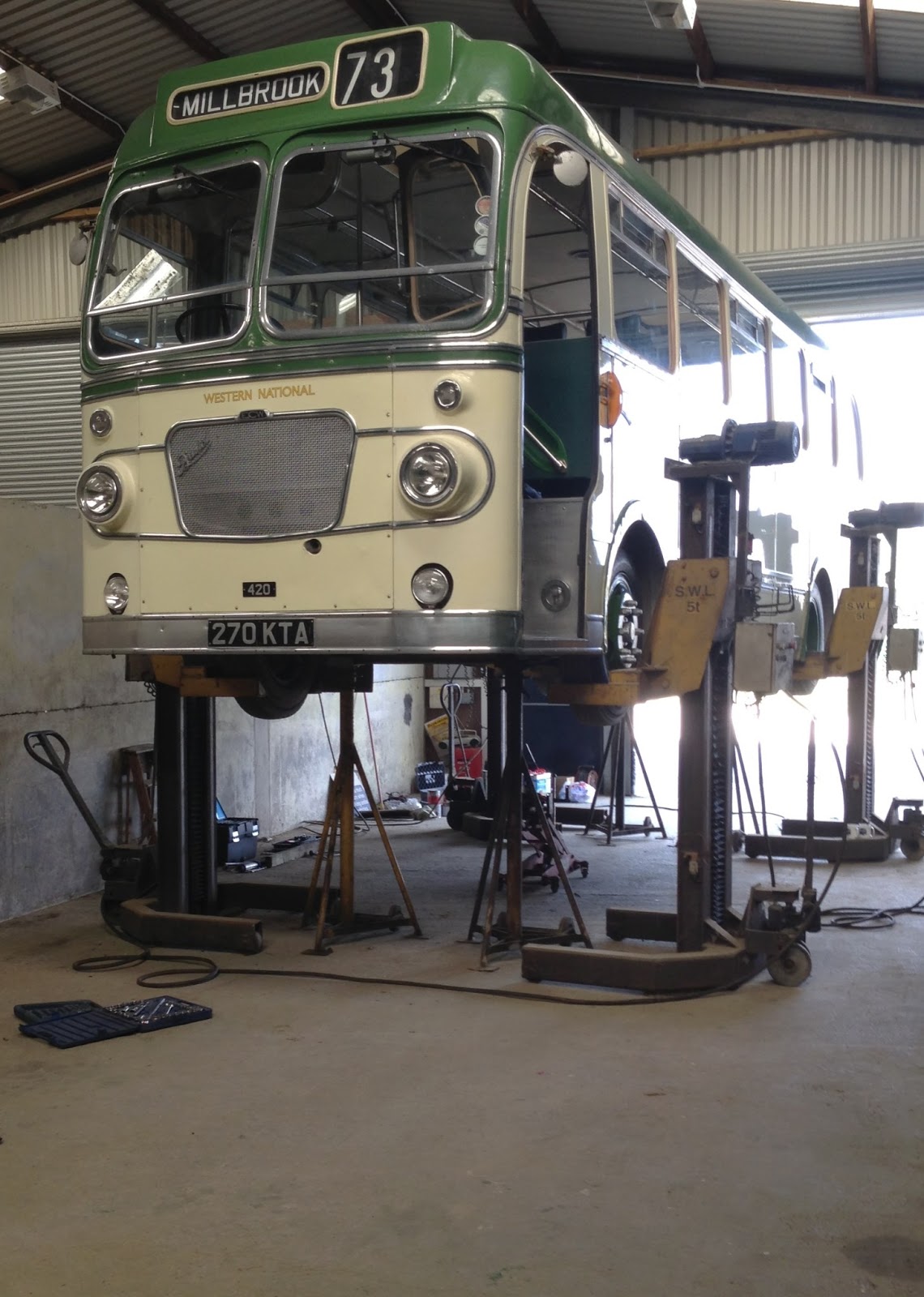 The job was just as long and complicated as our regular readers would expect a job like this to be, and I recommend a look back at posts like this for a sobering sense of the struggle involved in keeping alive a fifty-plus year old vehicle. 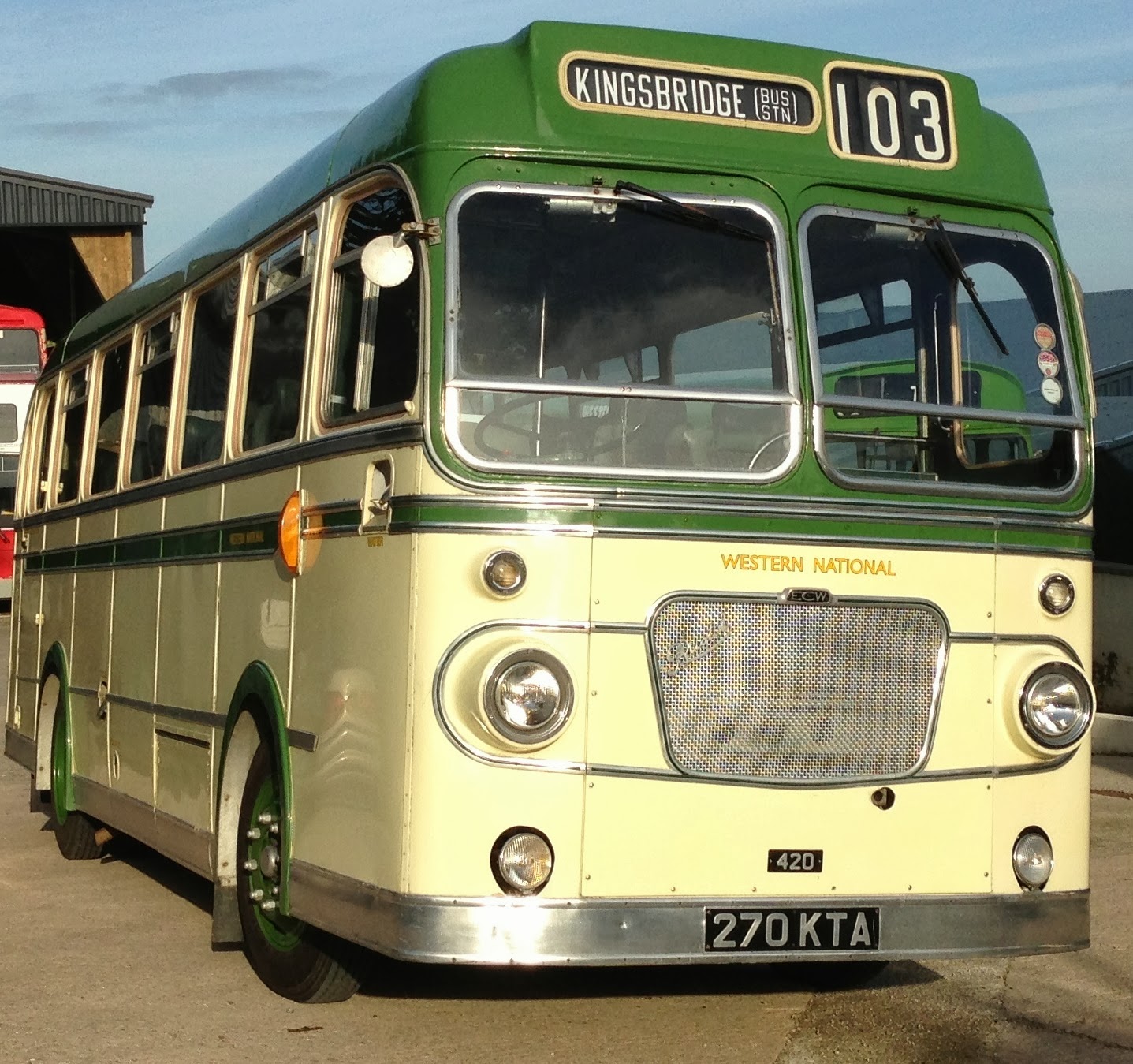 The reward was to have my little monster back on the road with much improved gear-selection and, thank gould, no horrible noises.

Before we get on with reviewing our motoring this year, I should recall that during 270 KTA's long indisposition, I committed an act of infidelity which would bring instant regret. In case you missed it, all is explained in this sordid confession, which has turned out to be our best-read post of the year on this blog. 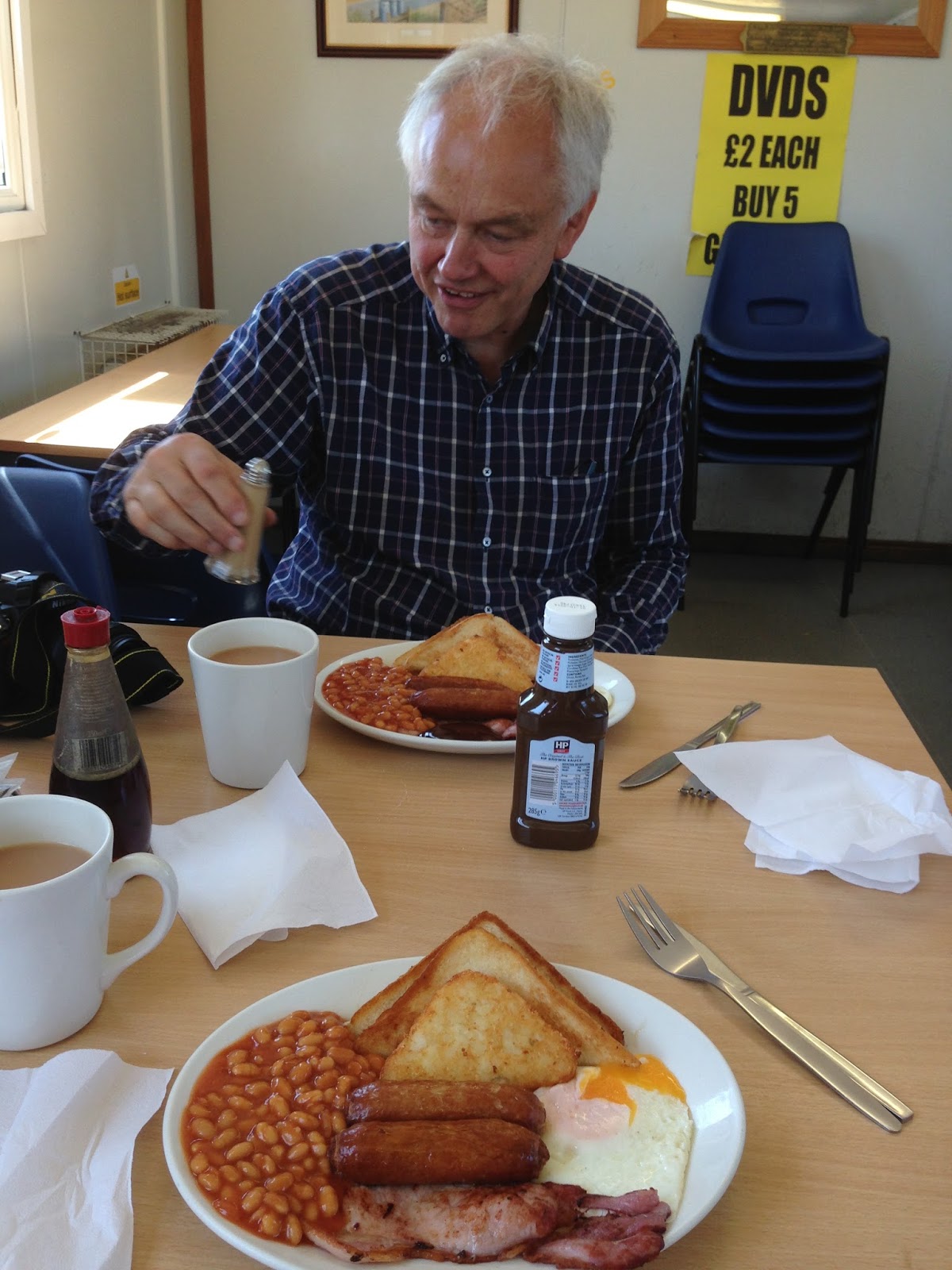 Better the devil you know, and in July we ventured up to Halwill Junction for our annual encounter with the MOT tester, followed by the now customary all day breakfast at Sourton Services to celebrate the victory - when it happens.

I'm very proud that, once again this year, 270 KTA maintained a strong presence in the Kingsbridge community, which of course it served from new until 1968.

2013 marked the 50th anniversary of the closure of the town's railway line, surely one of the country's most scenic branch lines and certainly among the most lamented... as we found when TVaGWOT placed an advert in the local paper, gauging interest for a commemorative bus trip along the route.

Not one, but three vehicles were needed - and who more appropriate than our friend, who'd have been in the town on that final day. Among the enthusiastic railway fans (all with a secret soft spot for buses, now if not before) was the magnificently bearded caretaker at Gara Bridge station, whose pals had driven Royal Blue coaches in the 60s. Please could he sit in the driver's seat? Only if he wore my hat... 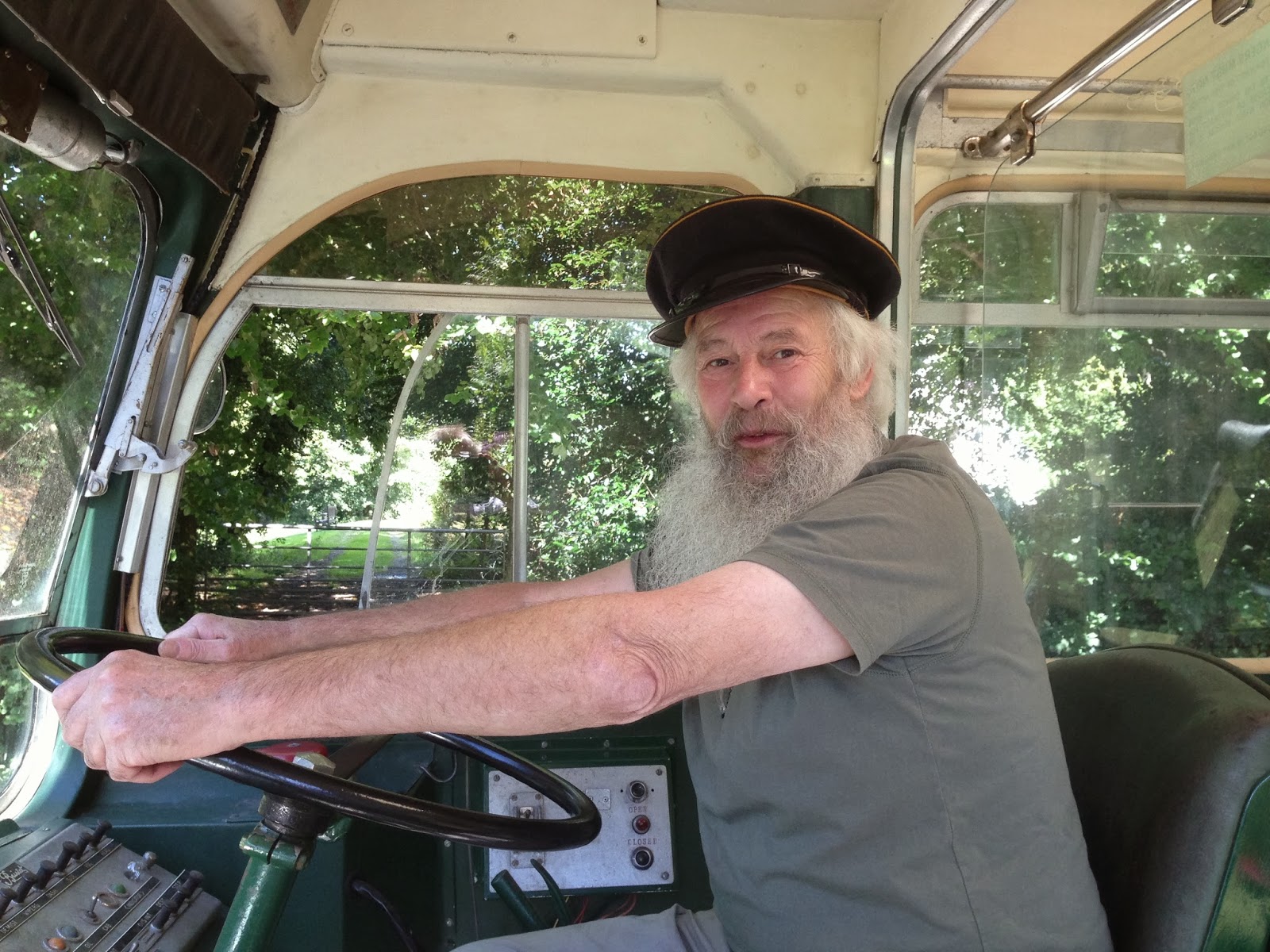 Speaking of Gara Bridge, its defining feature became a recurring feature of our year...

A narrow, hump-backed bridge on a hairpin bend, it's hard to believe that Western National buses used to run down there - but photographs prove they did (SUs especially) - and so in 2013, they would do so once again... 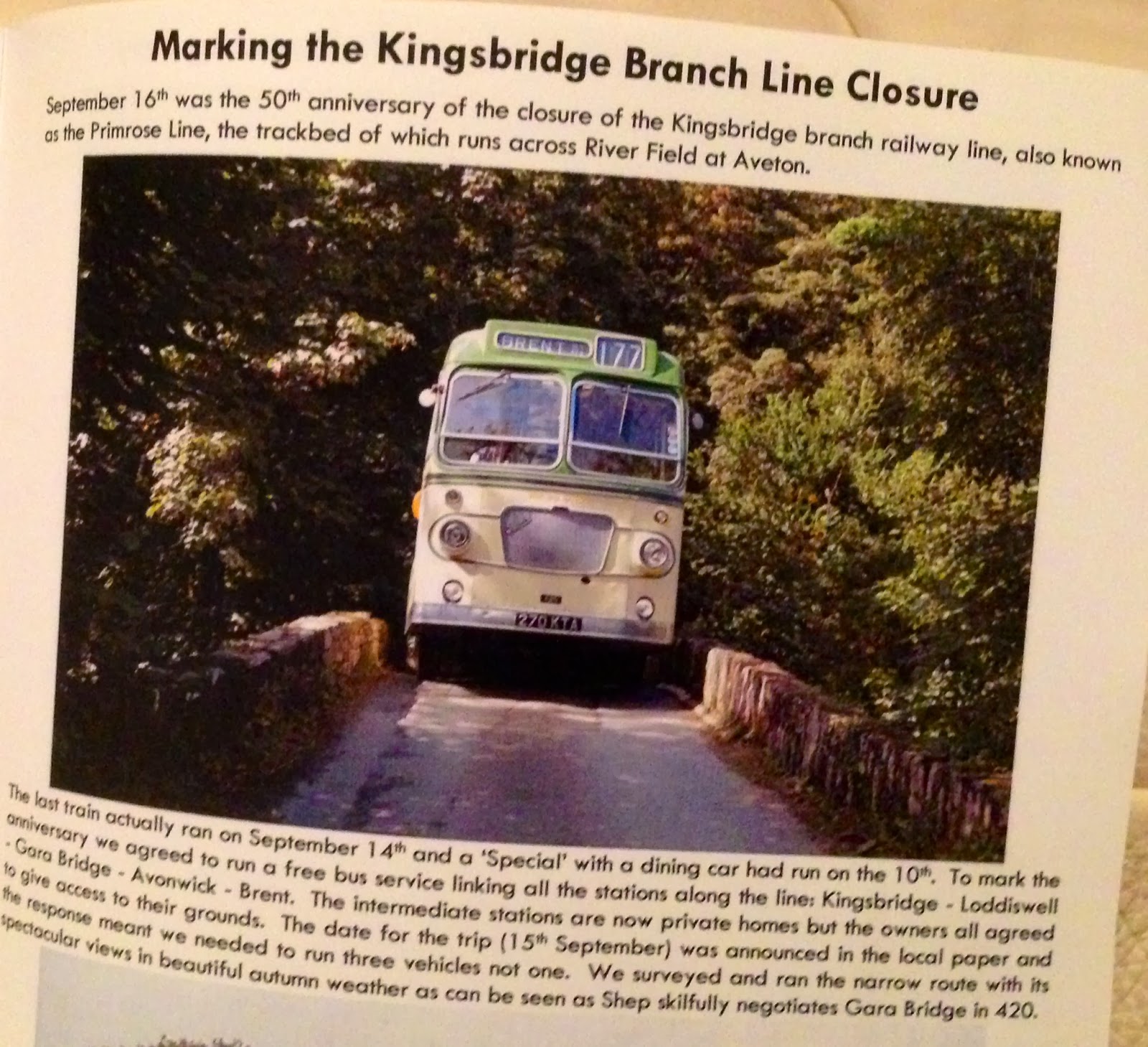 ... and not just for the railway commemoration, but a week later for the annual Kingsbridge Running Day. Remind me not to make a good job of these tough routes in future...

2013's running day also proved to be something of a record for the Bristol SU; with five of them in passenger-carrying service for what must surely be the first time in preservation (critics may say "ever"), it made for some remarkable sights...

... as did the following day's run to Dartmouth. This scene was captured by our friend and fellow SU fancier Ken Jones - I hope his dog won't mind us borrowing it on the blog.

The lack of motoring at the start of 2013 was balanced with a good number of miles towards the close. 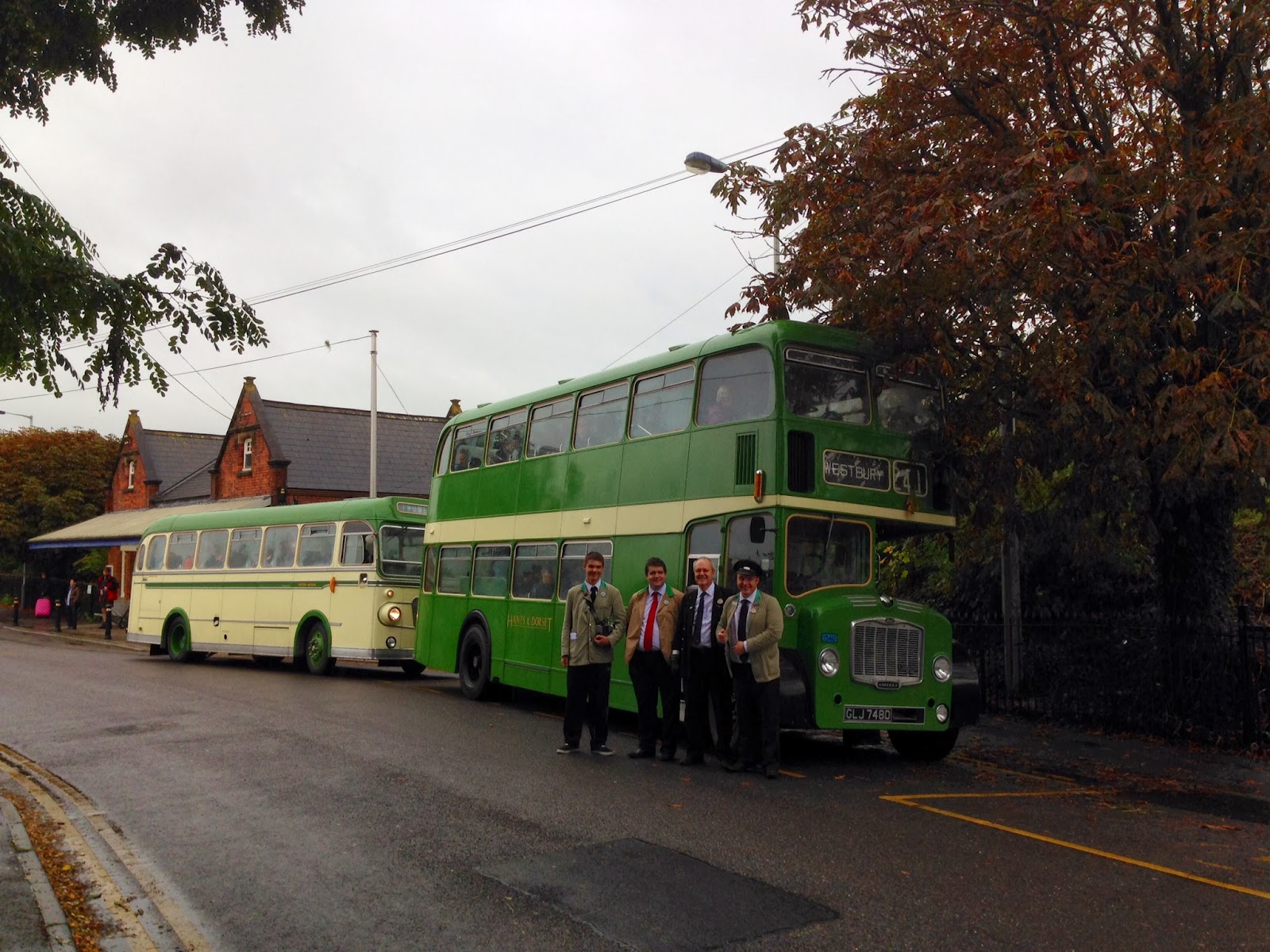 As 'cover girl' for this year's Warminster Running Day, the pressure was on for a faultless performance and, despite some of the heaviest rain I've ever riven through, 270 KTA didn't disappoint her friends.

And as well as friends, there was family to meet...

A new appointment for us in 2013 was the superb Exeter Twilight Running Event, held on a cold Winter's evening at Exeter bus station. The concept is more or less unique, giving punters the chance to sample vintage buses at night in all their well-lit, super heated glory... or not, in many cases. 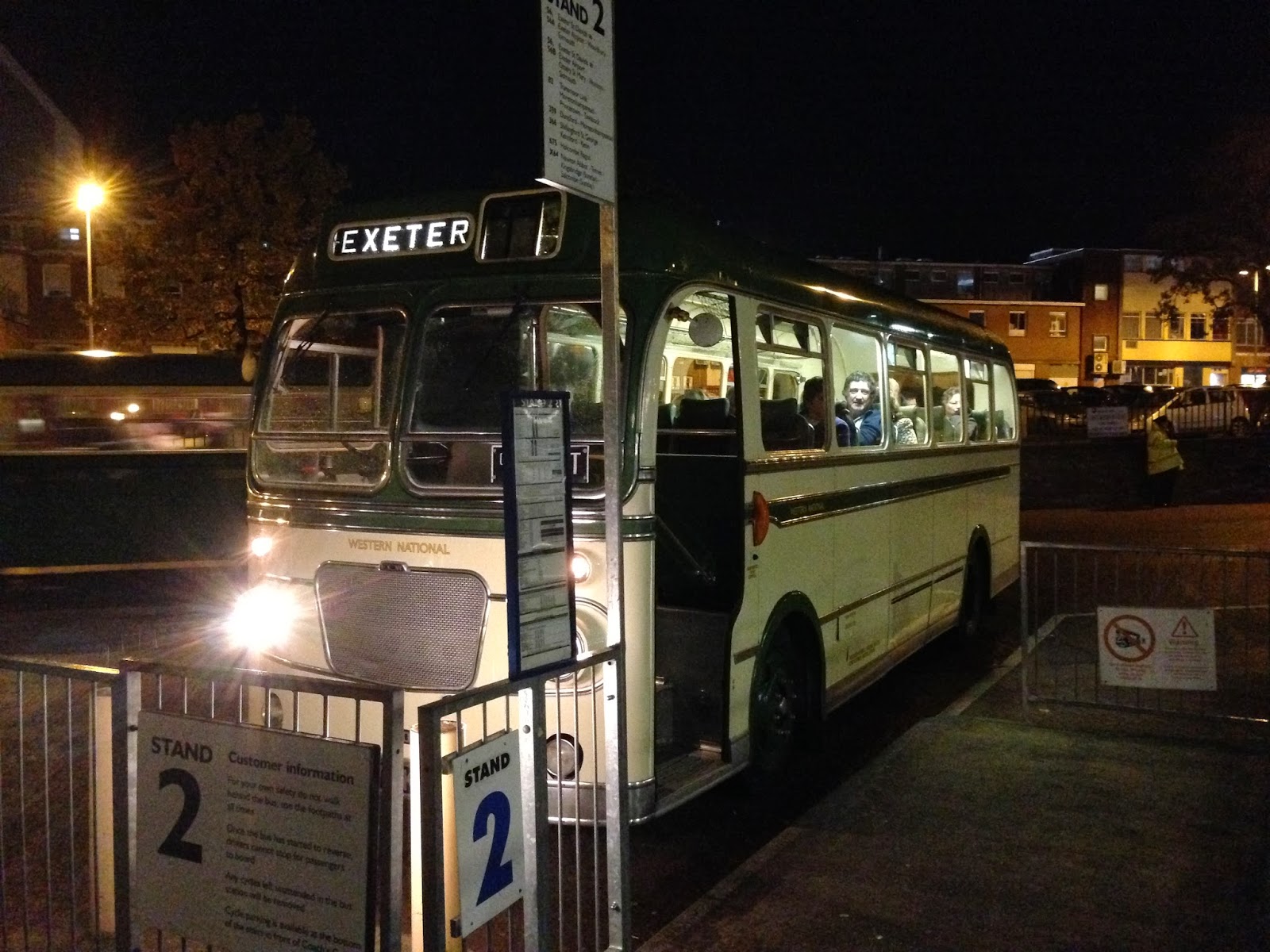 270 KTA completed a tough set of routes without fuss, but developed a worrying noise late in the evening... Uh-oh.

And so, 2013 was ushered out in much the same fashion as it arrived. Daylight quickly showed the source of the noise and it's only a minor job... a blowing exhaust gasket between the outlet manifold and the main pipe. Simple by comparison. 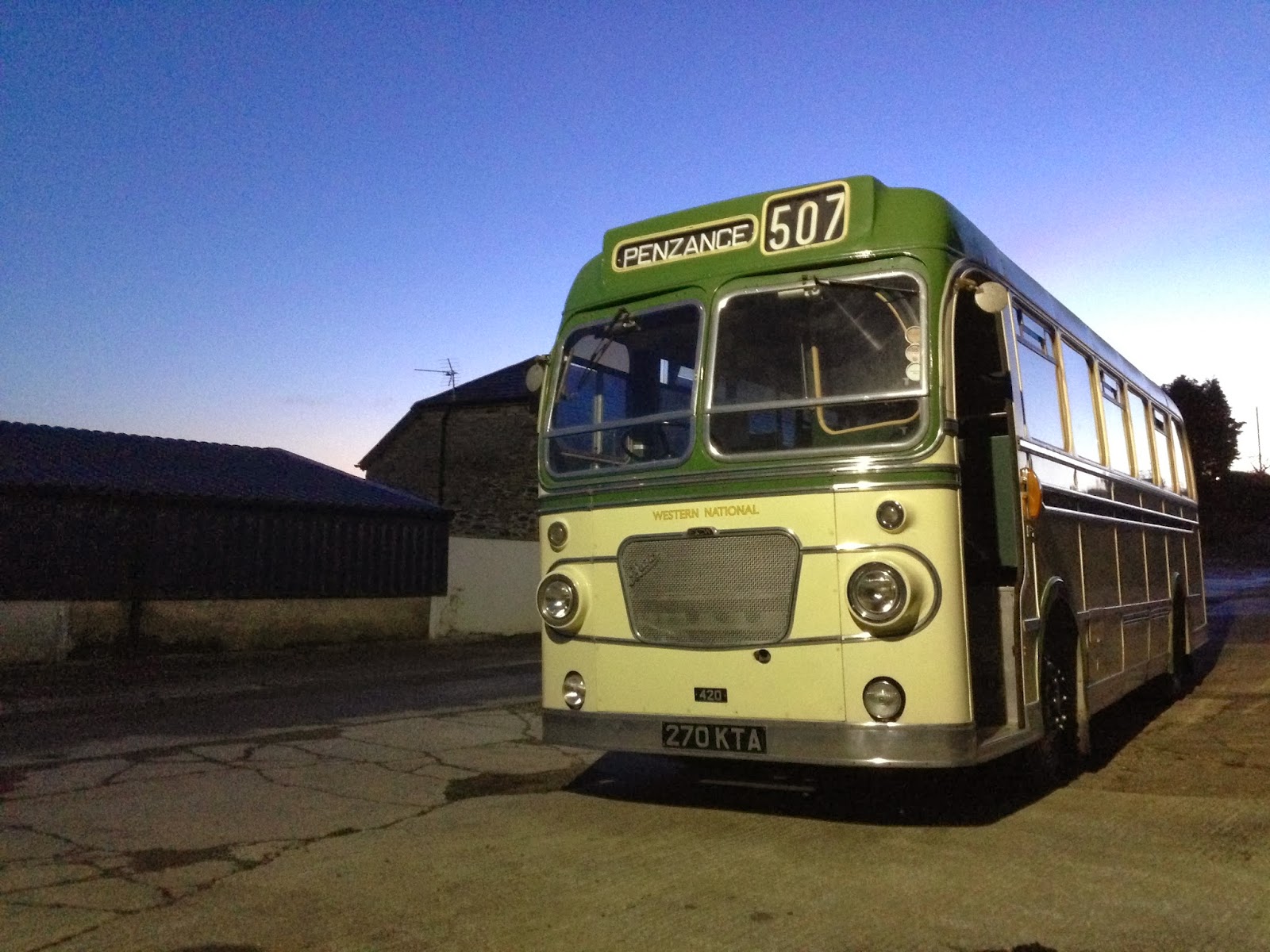 With that now done, I've begun working my way through the annual loo roll list of Winter and Springtime tasks that I'll be updating you on here over the coming weeks.

Could this be the dawn of a Happy New Year?