If you didn't deserve so much better, I'd be tempted to make a joke about waiting years for an extraordinary photo, and several turning up at once...

You must excuse me - I'm a little overcome. 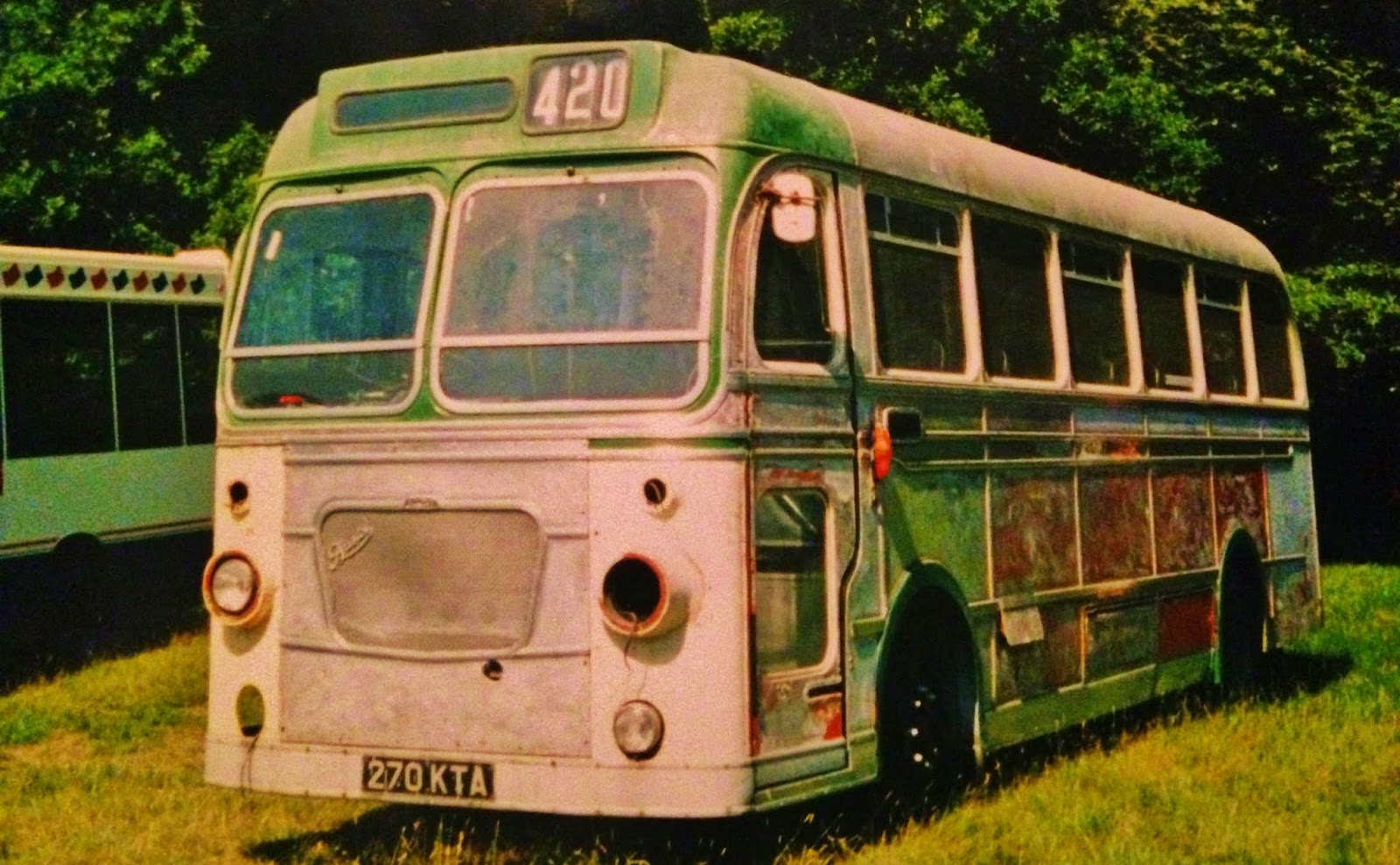 Following yesterday's incredible find, these two gems were presented to me today amongst a bundle of old photographs which the donor thought "might be of interest". They were apparently taken by his son - yet again, a little boy with a magic camera that yields its happy coincidences decades later.

The photos show how 270 KTA looked in 1996, shortly after the late Derek Willis (of Bodmin) had donated it to Western National's preservation group. It was towed to the Plymouth bus rally at Newnham Park in this year, and as you'll see, it was quite a spectacle against other more complete exhibits - including our very own newly restored 275 KTA. 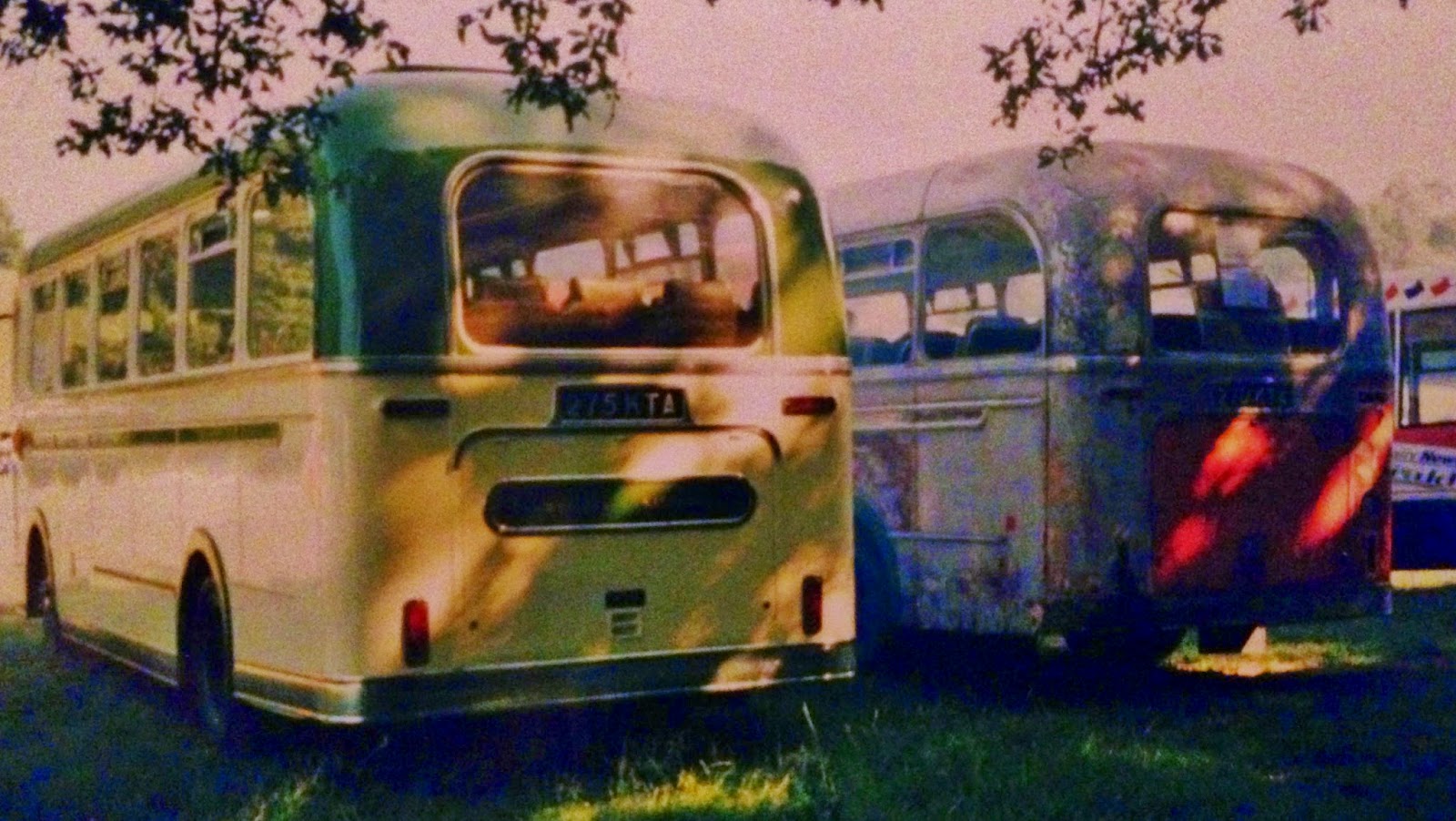 Of particular interest is the rear view, showing traces of poppy red still on the bootlid and corner panel, as well as damage to the rear dome (rectified only this year!).

I suspect the donor knew this prize pair of photos was buried in his bundle, and is now awaiting a call to let him know I've found them.

My Dad was the donor, by the way... and the boy photographer was me.
Posted by David Sheppard at 15:46