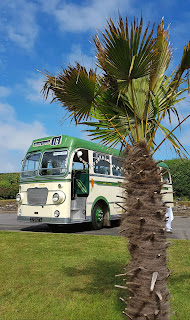 Looking at the sunny photos, you'd be forgiven for thinking this Summer has been like the long hot one of '76.

(This was not such a good one for our friend, incidentally. Having been withdrawn by Western National in July 1976 it spent most of the Summer of Love dumped alongside Radipole depot in Weymouth, before being sent to Barnsley.)

Palm trees, beaches, flower beds and hanging baskets have all featured. And, because nothing's ever as idyllic as it looks, so too have non-standard fuel filters, battery chargers and rattling cab floors - but let's not spoil it. 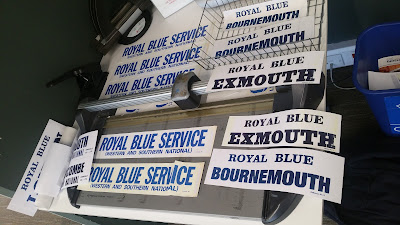 TV&GWOT's annual Royal Blue Coach Run in June was as intrepid as ever, taking us from Northampton to Bournemouth, Bournemouth to Exmouth, and Exeter to Windsor, across 3 days. Our friend was not a planned performer this year, with a decision being taken to concentrate Sheppardian efforts on taking 275 KTA (often junior and senior factions don't get to see one another when both vehicles are involved!).

However, a last minute problem with 425 meant that an emergency 220 miles dash was made from Devon to Northampton - the furthest North our friend has been in my ownership, and possibly since its return from near death in Barnsley during that aforementioned Summer...

However, a last minute problem with 425 meant that an emergency 220 miles dash was made from Devon to Northampton - the furthest North our friend has been in my ownership, and possibly since its return from near death in Barnsley during that aforementioned Summer... 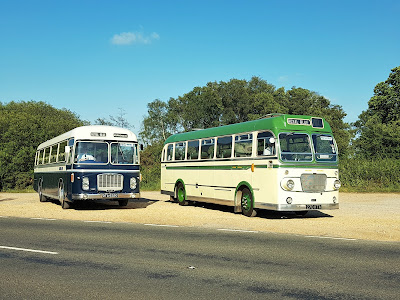 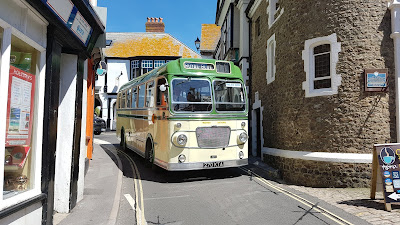 Here we are, squeezing through lovely Lyme Regis on Day 2, and posing on The Cobb opposite the former Golden Cap Cafe, visited by many an SU coach over the years... 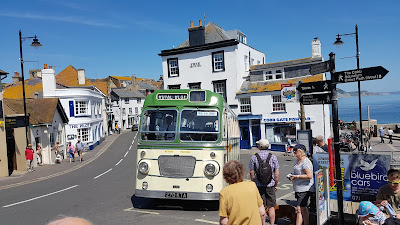 ... and then pausing in Beer, the optional section of the route for 7'6" wide vehicles (and intrepid drivers) only. 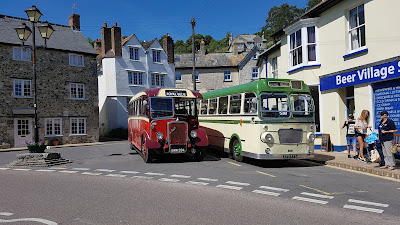 With DS Senior secretly enjoying the opportunity to drive a different SU, we were all quietly marvelling at how far 420 has come from its sickly arrival in our world in 2009. The thought that it might, one day, be summoned for a 600 mile round trip at a moment's notice, would have once been laughable. And yet...


In July, we were joined by The Railway Ramblers, who had selected the former GWR branch line to Kingsbridge as their next walk. 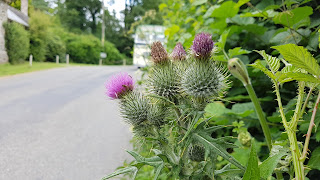 As the former Kingsbridge coach, and possibly a performer on rail replacement duties when the line closed in 1963, 420 was the obvious choice of steed for the sections of the journey where they were unable to walk. These wild flowers are seen outside the former Avonwick station.

The following day brought the HTC's superb Devon Coastal Run, a first for our friend but once an annual event for your scribe. After a great time I plan for it to become so once again. More flowers here, this time along the seafront at Livermead near Torquay. 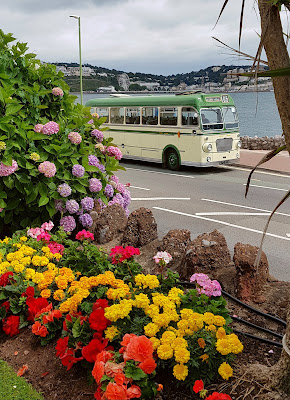 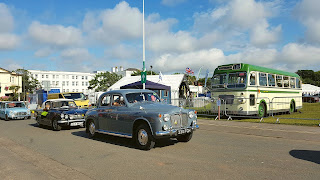 "Will you come to our car rally next July" came the question last December, as I boarded a Santa Special at Buckfastleigh. The rally in question was the Torbay Old Wheels Club's gathering on Paignton Green, a magnet for more than 400 preserved vehicles.

420 was the only coach, and his owner was delighted to be asked to open the show and give out the prizes at the end. I even received one - for giving out the prizes. Another charming day and yet more superb weather...

All eyes are now on 420's MOT (early September) and preparation for Kingsbridge Running Day. In addition, there's been lots more progress on his brother (see www.BDV252C.co.uk) and a few little fuelling issues to solve - I'll save talk about those for a rainy day. 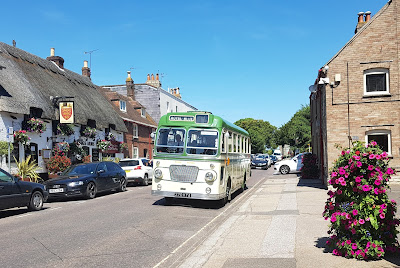 Posted by David Sheppard at 07:18 No comments: